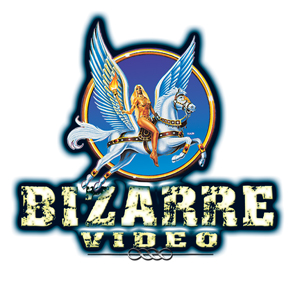 Driving forward with its 35+ year history of leading the industry in Fetish & Sex films, Bizarre Video (https://www.bizarrevideocorp.com) is still going strong! Coming from its origins of ground-breaking hardcore fetish films (the first to mass-market true BDSM), Bizarre Video has packed more punch into its offerings by introducing ALL-Sex Features, Highly Produced Erotic-Fetish Global Titles and a full line of “Sensual Fetish” Films. This means that the Bizarre Video catalog now not only appeals to the purist fetish aficionado, but has full offerings for those that are a little kinky, a little curious – but want to see their true hardcore sex adult entertainment! Something for everyone,…but always with that kinky twist!

Started in the early 1980’s by Morty Gordon (xBiz Hall of Fame inductee), this production company paved the way into the fetish adult films market for modern day giants like Kink.com and others. Today, Keith Gordon (long-time president and owner, son of Morty) is joined by sister Ellen Gordon, and together they have reinvented the approach and vision to take Bizarre to the edge of where fetish entertainment – both on film and web – seems to be heading. Building off the rich tradition of Bizarre’s general mass appeal to both the fetish newcomer and the seasoned veteran, the all-new productions will weave this mainstream approach with a pushing of the envelope towards edgier and more sexually-driven material (to align with the demand of new, more “kink acceptable” audiences).